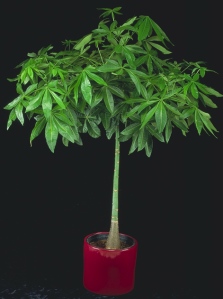 Yes, I’ve strayed from the healthcare basics focus that I intended to take. I’ll get back to that, I promise. But this is something I’ve been wanting to post about for a while now.

Picture a child learning how to count. Now picture that child trying to use that new skill to count trees on her way home from school. She walks past a tree and says, “One.” Then she walks past another, even bigger one, and says, “Two.” And then she walks past a little tiny bush. She ignores it, confidently praising herself for knowing that that’s not a tree. But then she walks past a pretty tall bush. It has a trunk. It has leaves. Is it a tree? She gets confused and decides not to apply stuff she learns in school to her life anymore.

What was her problem, and what does that have to do with healthcare? She had a problem with identifying what she should count and what she shouldn’t. This is an essential fact of counting–it’s a game of categorization. By counting trees, you have to define what a tree is and what a tree isn’t. And this has everything to do with healthcare! Have you ever heard the number 46 million come up in healthcare debates before? You got it! It’s the number of “uninsured” people in the U.S.

I always took that number at face value. After all, numbers don’t lie. Right? Right. But that number was obtained by some people somewhere deciding who should be considered “uninsured” and who shouldn’t. So are they completely unbiased when they are deciding what to count and what not to count? I argue that they are not.

Numbers are almost always used for political purposes! The mere fact that you’re counting something presupposes that it’s worth counting, probably because you think it will help you know if you’re right in suspecting something’s wrong. In the case of healthcare, people were probably hearing anecdotes about how someone didn’t have insurance died because of it (probably leaving her kids behind as orphans). “Wow! I think the number of uninsured people in the U.S. is a problem! I’m going to check that by counting them.” And then, after they decide how to count uninsured people, they get a number. And they don’t stop there. They use that number to incite action. Why else would someone count something? “Look, that’s really neat that I got that number. Let’s stare at it.”

So, am I saying that the people advocating universal health coverage are the ones who are counting (and skewing) the number of uninsured people in the U.S.? Glenn Beck certainly thinks so. He estimates that number of uninsured people to be closer to 9 million, not 46 million. And I don’t know if he’s right or wrong. I haven’t done the research to find out how the powers that be get to that 46 million number.

What I am sure of, though, is that the principle is correct. It seems cynical to say that you

shouldn’t trust any numbers or statistics, but it also seems naive to completely ignore the politics that goes into obtaining a number. I’ve seen charts that show health spending growth by country. Depending on which countries are included on the chart, some make it look like the United States’ health spending growth is pretty average, others make it look like we’re an extreme outlier (implying something should be done about it NOW!). But maybe this is all a good thing. I mean, if no one was convinced that healthcare is a problem, would we be going through this whole “let’s improve healthcare” movement? Probably not. 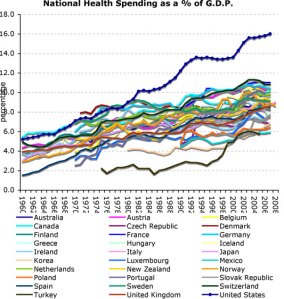